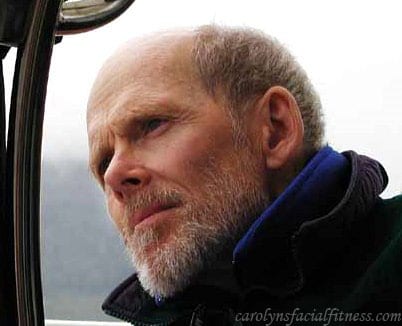 You asked about how the skin changes when weight is lost. It seems pretty obvious to me that the answer depends upon how much weight is lost. It also depends on what part of the body we are talking about. Here are a few situations that make this clear.

Hormonal Factors and Pregnancy ↑ Back to Top

Women gain then lose weight during and after pregnancy. If too much weight is gained, or weight is gained too fast, the skin gets injured and stretch marks form. The same phenomenon occurs when persons of either gender gain weight quickly. Losing weight does not remove the stretch marks because the skin has been injured and has scarred. Yet pregnant women can gain and lose weight without stretch marks. So the rate of gain, the magnitude of gain, and perhaps to some degree the rate of weight loss determines how successfully the natural elasticity of the skin prevents stretch marks. Of course in the case of pregnancy there are powerful hormonal factors that helped the woman’s body to adapt to the weight gain of pregnancy.
Weight Gain is Different for Face and Neck

Even without pregnancy hormones, people can put on weight, then lose it, with minimal changes in the skin. It has to be said that weight gain in the face and to a lesser extent in the neck is not like weight gain elsewhere in the body. But generally the rule applies: fast and extensive weight gain exceeds the body’s ability to adapt to it and the skin can be irreparably injured. Lesser degrees of weight gain and particularly a slower rate of weight gain allows the skin to stretch and grow, and so it is not injured.
But your question is really about what happens when weight is lost: what does the skin do when weight is lost?

A little diversion: One rule I learned long ago is that certain cartilaginous structures tend to grow continuously throughout adult life. That’s why many people have larger ears as they age and sometimes more prominent or hooked noses too. The skin in these areas grows in synchrony with the cartilage. Dermatologists contend that skin itself continues to grow a little throughout our lifetime, though that effect seems so variable, I suspect there are all sorts of as yet undefined factors determining how much the continuing growth of skin changes one’s appearance. I won’t be surprised to read someday that the skin’s elasticity obeys that old maxim: use it or lose it. This maxim may end up being another reason facial exercise keeps the face healthy and looking young.
Skin is Not a Single Structure

One mistake that is easy to make is to think of the skin as a simple single structure. It is not. It has various types of cells depending on what layer is examined. Those layers behave somewhat differently as we age. How else to understand the common appearance of thinning skin as found in the quite elderly? Some of the underlying layers have atrophied, while often the superficial ones have become more brittle. Of course arguments can be made that the elder’s skin changes are due to deteriorating nutrition or other changes of aging — these factors must be relevant sometimes. It is often quite difficult to distinguish aging effects from subtle nutritional deficiencies. By aging effects I refer to oxidant injury, changes in cell replication (usually weakened with aging), and the effect of chronic environmental insults (sunlight exposure, poor fatty acid and vitamins nutrition, etc.).

Stretching the Skin ↑ Back to Top

Massive obesity distorts the skin in much the same way as is done by those plastic surgeons who insert balloons under normal skin areas. You may recall this is done to provide replacement skin in people whose skin has been severely damaged from severe burns or other major traumas. You might recall that boy from Iraq whose face was burned so badly that his normal features were lost in a maze of scars. You may also have seen how the surgeons in the US managed to give him back much of what had been lost from his injuries. They did this in part by putting balloons under the skin in the neck and portions of the cheeks that were not scarred and gradually inflated those balloons so that his remaining normal skin stretched and grew as it does naturally when stretched. Then in the operating room those surgeons removed the scar tissue and pulled the areas of stretched skin to cover where only scar had been. It is understood this repair was considerably easier because it was done in a child, not an adult whose skin is less accommodating to such extreme manipulation.

Massive obesity stretches the skin similarly to what those surgeons did but in the case of obesity the extra skin that forms serves no purpose later should the person lose considerable weight. So the person who loses lots of weight invariably ends up with folds of skin, basically excess skin. So surgical procedures, in the form of “nips and tucks”, are always part of any large-scale weight reduction surgery. If skin reductions were not part of weight loss surgery the skin would retract but over a quite long period of time (years), generally much longer than anyone has the patience to wait. After all, weight loss surgery is performed far less often for health reasons than for cosmetic reasons; who wants to wait years to receive the rewards of enduring the ordeal of weight loss surgery?

Another setting that demonstrates how the skin responds to stretching is breast augmentation. If nothing else these procedures show how much the skin can stretch when it has to. It is less commonly known that these women sometimes suffer skin failure, basically a rupture of the skin overlying the breast, usually when they agree to re-augment already-augmented breasts. For these women this risk is considered a price worth paying to satisfy their idea of femininity.

Neck and Facial Skin is Special ↑ Back to Top

Neck and face skin is special. People who gain large amounts of weight — say, an extra 100 pounds — will always show some of that weight in their face and neck, but the amount of fat stored in those body areas is still quite small compared to the proportion stored in the rest of the body. So in these situations the distortion of facial skin is not extensive. Should such a person lose a lot of weight, the natural elasticity of the facial skin usually leaves the face without much excess skin. The neck area may be less forgiving mainly because large changes in neck size do occur with large changes in weight.

The one exception to the rule stating that the face is protected from these effects involves weight gain associated with regular prolonged intake of steroid medications (not to be confused with anabolic steroids). The “moon face” of the steroid user may sag a lot if ever those steroid medicines are stopped.

Other aspects of physiology also may affect how the body and skin responds to weight loss. For instance, not infrequently obesity is accompanied by fluid retention. Excessive fluid in the body stretches various areas — uncommonly the face — and if this goes on long enough, the body starts to build a subcutaneous scar of fibrous tissue in the stretched areas. The result is a stiffening of the subcutaneous tissues that leaves the body feeling wooden. Changes of this sort occurred mostly in the lower extremities, not in the face, though the under-eye areas are particularly vulnerable to fluid retention.

Factors in Skin Behavior ↑ Back to Top

So regarding how the skin behaves when weight is lost, the answer is: it depends … on lots of things. I have wondered whether some people unconsciously avoid all this by allowing their weight to continually and gradually increase, because the stretching of the skin to some degree hides the effects of aging (wrinkles, sallowness). One has only to think of an obese somewhat cherubic 50-year-old.
Skin is Dynamic

One other situation, an extreme situation, gives some sense of how dynamic the skin actually is. That is what happens when a person starves. We have all seen pictures of people in undeveloped countries who have not had access to food. Their bodies are wasted. They have no body fat, and even their muscles have shrunken. Yet their skin does not hang in folds. Of course one reason there is no excess skin on these people is that in most instances they have never been obese. But the cadaverous look of these most unfortunate people shows that even the skin is not protected from being consumed by the body’s metabolism when there is no food available. This terrible example seems consistent with the premise that the skin is capable of modeling itself, including reducing its size, if conditions are right (or severe enough). In case it is not obvious, this is not an endorsement of starvation as a way to reduce excessive skin. For those that need reminding, many of those cadaverous people, who look as if they might be quite elderly, are in fact less than 30 years old!

Use It or Lose It ↑ Back to Top

Facial skin is different for some of the reasons you’ve mentioned — e.g., the connection between facial muscle and skin and fascia — as well as because excess weight is not much stored in the face. read more …

I suspect it is true that the faces of people who have injured their skin through excessive sunlight exposure or regular tobacco use will prove less resilient and responsive when weight is lost. Yet, none of this denies the benefits of facial exercise in preserving and restoring facial skin health.

Weight Loss & Skin
For a better browsing experience, either scroll or click the Accept button to accept the use of cookies on this site. For more information, see our Policies page. Accept
Cookie Preference
Privacy Overview